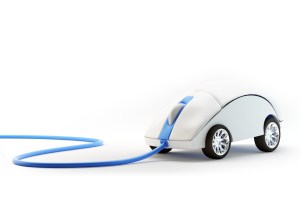 IBM is putting its data analytics to work on information collected from Peugeot’s in-car sensors, ostensibly combining it with data from traffic infrastructure and smartphones to create better car apps and more network-aware vehicles.

IBM and French automaker Peugeot have started collaborating on the connected car. The companies announced this week that IBM will apply its data analytics to a variety of vehicle and transportation technologies, ranging from information collected from Peugeot’s in-vehicle sensors to networked traffic infrastructure.

The idea is that it’s not just our cars that benefit from being connected; traffic lights, highway sensors and bridges can produce a tremendous amount of data, which can be coupled with information gleaned from smartphones and other sources to paint a precise picture of the road conditions, traffic congestion and even pedestrian activity on any given thoroughfare. That data can be parsed down to the individual vehicle to refine insurance premiums for individual drivers or provide detailed information on vehicle health. It can be mined on the make-and-model level to help Peugeot build more fuel-efficient and safer cars. And it can be aggregated on the metropolitan level to help city public works departments determine the best time to salt roads for ice or transit agencies decide when to put more trains or buses in service.

IBM and Peugeot’s announcement was big on concept, but short on details. They said the collaboration would result in driver-facing apps and web services for Peugeot customers, though they didn’t give any specifics about what those apps might be and when they would debut. Nor did they give any specifics on what traffic data sources they would tap apart from Peugeot’s own in-car sensors.