BlackBerry could be the chauffeur in your future driverless car 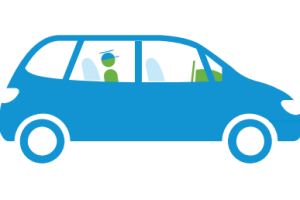 Italy’s VisLab has selected BlackBerry’s QNX OS to power its computer vision experiments in autonomous cars. The idea is to help the car to combine and process the information it gets from two-dozen different sensors.

BlackBerry’s QNX operating system may not be the hit in mobile phones that the company hoped, but one day QNX may be helping you with a different kind of mobility: the autonomous car.

BlackBerry is working with VisLab, an Italian laboratory run by the University of Parma that focuses on computer vision research. One of its avenues of study is the driverless car, and VisLab has already developed several prototypes of cars that can do far more than just park themselves or automatically adjust their highway cruising speeds. It’s demonstrated concept vehicles that can negotiate crowed pedestrian intersections and traffic circles as well as drive independently in rush-hour traffic.

Last month, VisLab unveiled its latest test vehicle called DEEVA. In addition to sporting more than 20 cameras and four laser scanners, Deeva has QNX’s latest Neutrino OS under the hood. A first glance, QNX inside a vehicle is nothing special. BlackBerry’s embedded OS has long dominated the market for vehicle instrument clusters, infotainment and other control systems. But this implementation of Neutrino won’t just store your radio presets or display your acceleration.

In Deeva, Neutrino will fuse together the various real-time streams of camera and laser data collected from the car’s two dozen visual sensors, allowing the connected car to make instant decisions about trajectory, acceleration and braking as traffic conditions change and obstacles present itself. While other systems besides Neutrino can do that kind of processing, QNX has a long history in mission-critical applications, powering embedded systems in the Space Shuttle and nuclear power plants along with millions of cars, VisLab CEO and President Alberto Broggi said.

“In the design of our vehicle, we selected building blocks offering high reliability with proven safety records; the operating system powering the vital elements of the vehicle is one of those and is why we chose the QNX OS,” Broggi said in a statement.

VisLab plans to demo the capabilities of its new experimental car this summer.

As a new generation of cars emerge that can not only link to the internet but sense and react to their surroundings, a lot of companies — from Qualcomm and Nvidia to Apple and Google — have suddenly gotten interested in the inner workings of the automobile. While QNX faces more competition, it’s also wound up partnering with a lot of those companies as it tries to translate its dominance in the un-connected car to the connected car.